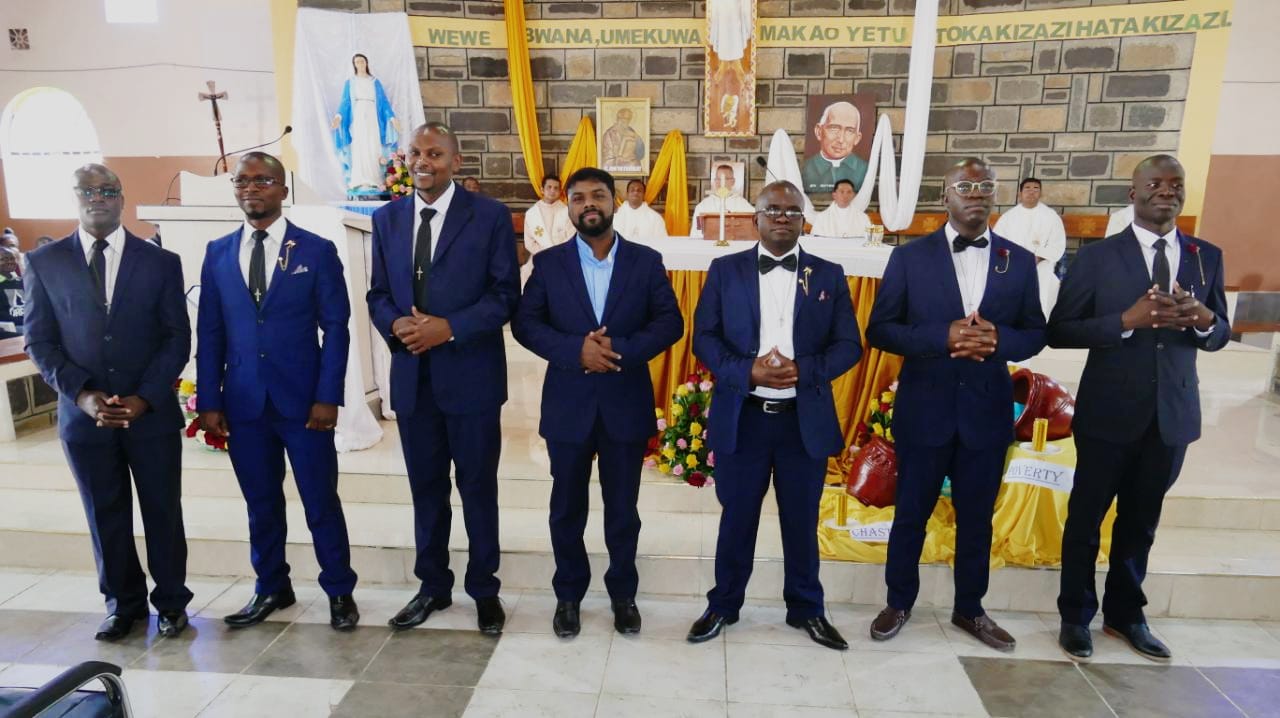 RELIGIOUS PROFESSION IN KENYA
NAKURU. September 4th –dawned in all its splendour and glory. It Was a blessed and grace filled  day for the Poor servants of the divine providence , St Joseph Mission Kenya, to celebrate of the first Religious profession of  Br. Oscar luke , Br. Hippolytus Lubaha , Br. Valentine Makoko , Br.Joseph Wamugunda , Br. Kevin Iposhe Mchika and Br. Felix Assimwe  and the First Triennial Profession of Bro. Abinu Bernard Kurumbalakkattu.
There was a sense of joy and gladness in the air and on everyone's faces. . All was resplendent for the Eucharistic celebration, which was presided over by Fr. Felix. He  stated that by professing their lives as a libation for the service of the Lord's poor, and by the virtues of the three evangelical counsels they profess, Poverty, Chastity, and Obedience, they are called to be united with Christ through the laid down rules of the Religious congregation of the Poor servants of the divine providence. St. John the evangelist Parish Muguga, Nakuru witnessed the moment of blessings when the six Novices pronounced the formula of the First Religious Profession and dedicated their entire live to the service of the Lord in response to the Jesus' invitation you have called me Lord , here I am. Bro, Abinu also made the Triennial Profession thus committing himself to live as Poor servants of Divine providence for his whole life.
In the name of the Church and the Religious Family of the POOR servants OF DIVINE PROVIDENCE Fr. Aneesh payyalayil the Mission Superior received their vows and welcomed them as the member of the Congregation. The celebration was graced by priests and different religious congregations along with the entire St. John the Evangelist Muguga Parish.
The newly professed brothers felt the joy of starting a new life and becoming a member of a new family. It was also a proud moment for Calabrians to live in the spirit of our Holy Founder, St. John Calabria. The brothers were grateful to God for embracing them and allowing them to be His true children. They also expressed their heartfelt gratitude to their parents, formators, the congregation as a whole, and those who helped and brought them to light, saying it is a privilege for us to commit ourselves fully and take responsibility as we begin this new life. We feel proud in entrusting ourselves totally into this Calabrian family. 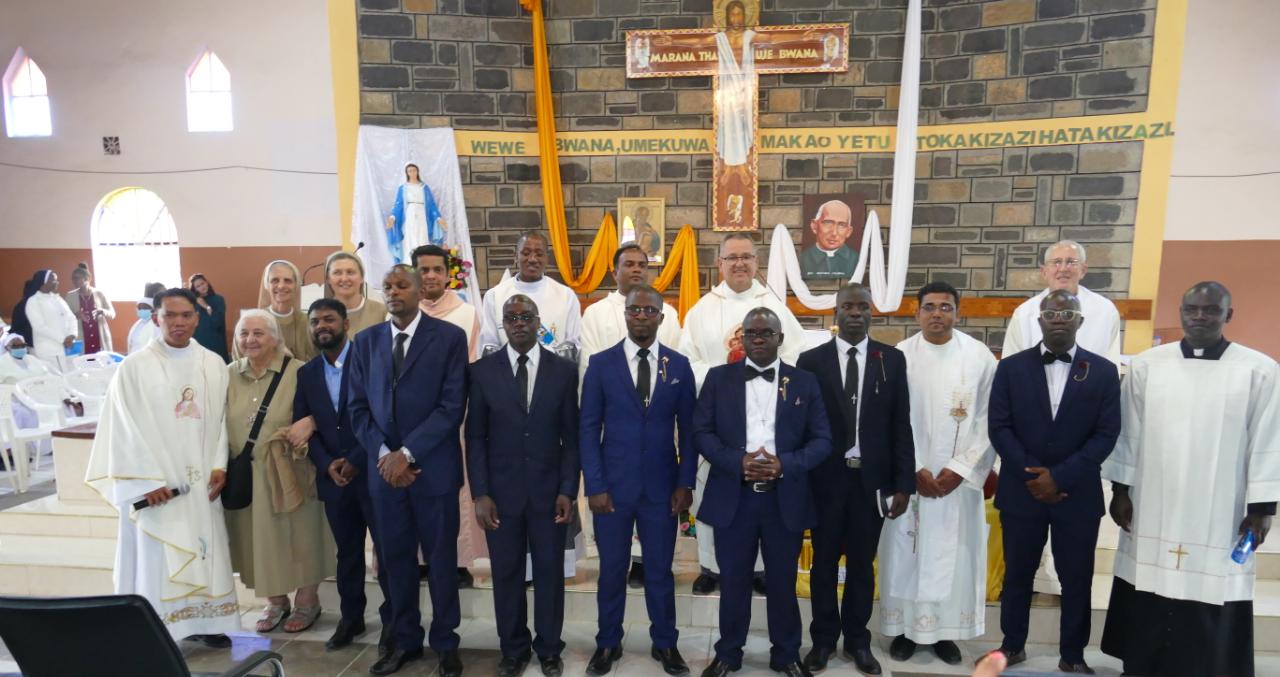